Maritime Law is also known as admiralty law. Maritime law covers a body of laws related to maritime workers and persons in different situations and locations on the high seas and inland waterways of the U.S. The Law Office of Chris Faucheux handles all types of maritime accidents in Louisiana and the territorial waters off of the coast of Louisiana.  Chris has extensive experience working cases involving admiralty jurisdiction including: the Jones Act and the Longshore and Harbor Worker's Compensation Act (LHWCA). Chris also handles cases involving the Outer Continental Shelf Lands Act (OCSLA) and the Death on the High Seas Act.  Chris has helped clients recover millions of dollars and he can help you get maximum recovery on your case.

In one case, a LaPlace company disputed liability after a tug collision with a barge. The collision caused a deckhand to injure his lower back while the deckhand was rigging a tow line to another vessel. Chris ultimately helped his client recover $812,500 in general damages after the client's physician recommended back surgery.

Maritime injuries are more common in LaPlace, Louisiana, than many other cities in Louisiana because of the concentration of maritime activity on the Mississippi River in St. John the Baptist Parish. According to the Bureau of Transportation Statistics, the Port of South Louisiana, which is located in St. John the Baptist Parish, actually ranked number one in the U.S. in tonnage in 2014. If you have been injured while working on the water Chris Faucheux can help you assert your rights.

Common Maritime injuries include amputations, head injuries back injuries, neck injuries, shoulder injuries, and other injuries such as broken limbs and injured extremities. A maritime injury could also result in a wrongful death claim which may be filed under applicable laws including: the U.S. Death on the High Seas Act, General Maritime Law, or other pertinent laws.

Chris Faucheux is an experienced maritime lawyer in Louisiana who has litigated maritime cases in both state and federal court. Chris has helped each of his maritime clients recover for their losses. Chris also cares about the individual not just the money owed for damages. 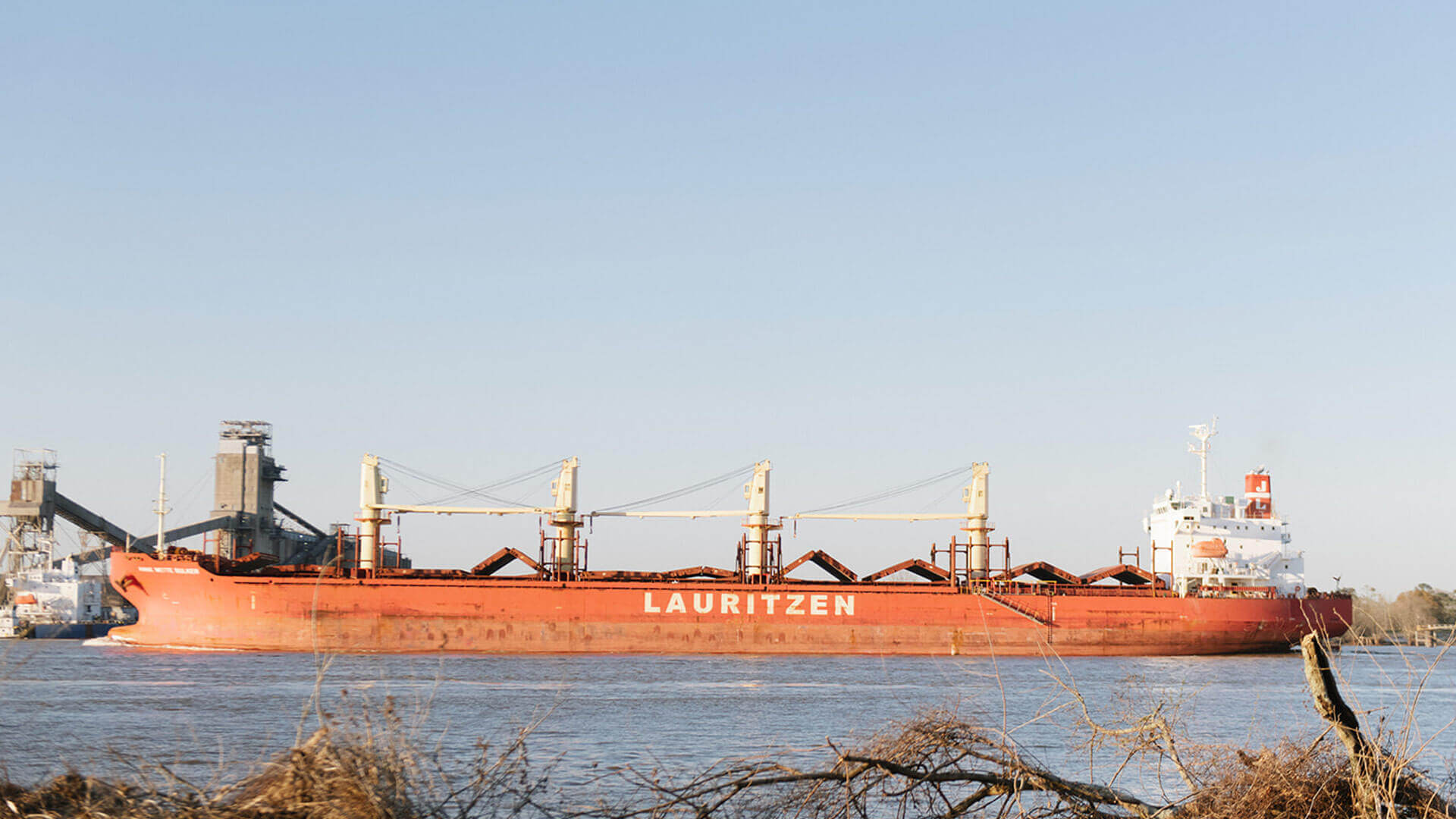 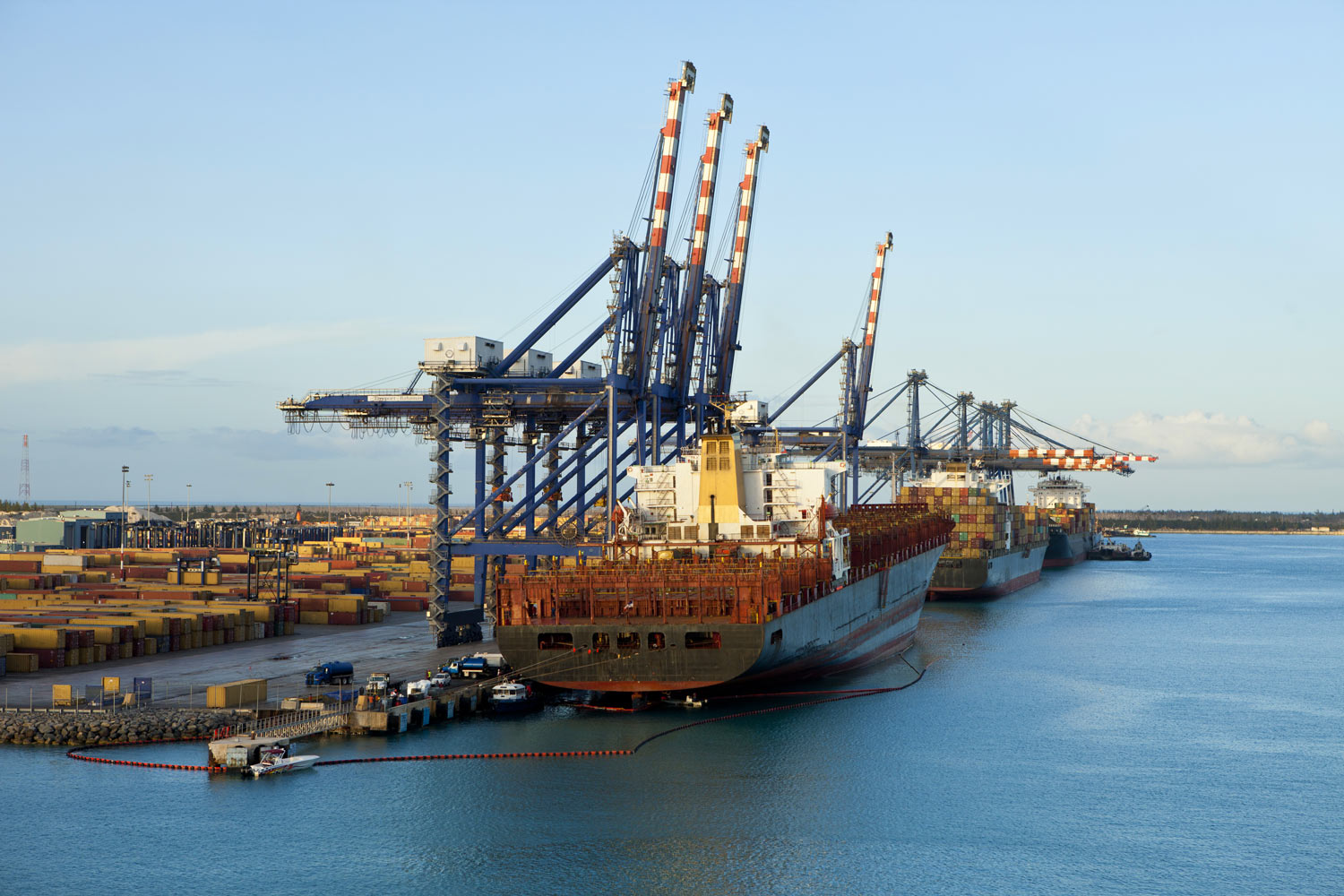 Maritime statutes THAT APPLY TO LOUISIANA WORKERS: THE JONES ACT

The purpose of the Jones Act is to protect persons who work in inherently dangerous environments.

The Jones Act allows an injured seaman to maintain an action for damages in either State or Federal Court. The Act extends the protections of the Federal Employer's Liability Act ("FELA") to seaman. Qualification as a seaman requires a detailed analysis of the workers employment. When a maritime worker is injured, the worker should immediately contact a maritime lawyer.

A Jones Act cause of action may be invoked only by a seaman (or his representative) and may generally only be asserted against the seaman's employer (or qualified employer); however, a Jones Act Seaman may also sue the owner of any vessel on which he is working for a breach of the warranty of seaworthiness, regardless of whether the vessel is owned by his employer, and he may also sue third parties for general maritime negligence.

Actions by a seaman against non-employers are subject to general maritime law and are predicated on tortious conduct. Chris Faucheux offers free consultations on all cases involving maritime injuries.

DAMAGES UNDER THE JONES ACT CAN INCLUDE:

If you’ve been injured, your employer may also be required to pay maintenance, meaning room and board, and cure, meaning medical expenses.  Maintenance and cure is generally available while your case is ongoing.

THE IMPORTANCE OF A JONES ACT MARTIME LAWYER:

The process of receiving compensation for your injuries at sea or related to maritime activities can be incredibly confusing.  Even seasoned judges and attorneys have difficulty discussing the complex legal issues presented in many maritime cases. Often times the outcome of your case can hinge upon a new development in the law.  Maritime law is constantly evolving in the United States and this year’s case may ultimately have a different outcome than a case decided a few years prior.

To ensure you receive fair compensation for your injuries, you need an attorney experienced in maritime law and adept at keeping up with the times.  Chris Faucheux has vast experience handing maritime claims and is an active maritime litigator. For your free consultation, Just Call Chris. Chris Faucheux will fight to get you the compensation you are owed.

The Longshore and Harbor Worker's Compensation Act (LHWCA) is a statutory workers compensation scheme which was created by the federal government in 1927. The LHWCA entitles certain maritime workers to reasonable and necessary medical benefits and indemnity benefits. It can provide benefits to dock workers, port workers, and maritime workers not otherwise covered by the Jones Act.

Generally speaking, a worker covered by the LHWCA is entitled to temporary compensation benefits of two-thirds of his average weekly wage while still undergoing medical treatment, and then either a scheduled award for injury to body parts enumerated in 33 U.S.C. Section 908(c) or two-thirds of the workers' loss of wages, or wage-earning capacity.

The injured worker can also recover expenses for medical costs, mileage for medical travel, and vocational rehabilitation. In cases involving the death of a LHWCA worker a surviving spouse can collect up to 50 percent of the workers wages for life. Minor children of the deceased can also bring a claim after a death.

TYPES OF DISABILITY BENEFITS UNDER THE LHWCA:

There are four categories of disability benefits: temporary total, temporary partial, permanent total, and permanent partial. The difference between the types of benefits depends on whether the injured worker has achieved medical permanency, and whether the injured worker can return to his pre-injury employment, or return to some form of suitable alternative employment.

TYPES OF WORKERS COVERED BY THE LHWCA:

Harbor construction, shipbuilding, ship repair, workers who unload vessels, and other longshore workers are covered under the LHWCA.

The Act also provides an injured worker with a possible third-party injury claim if their injury was caused in part by qualifying third party fault. 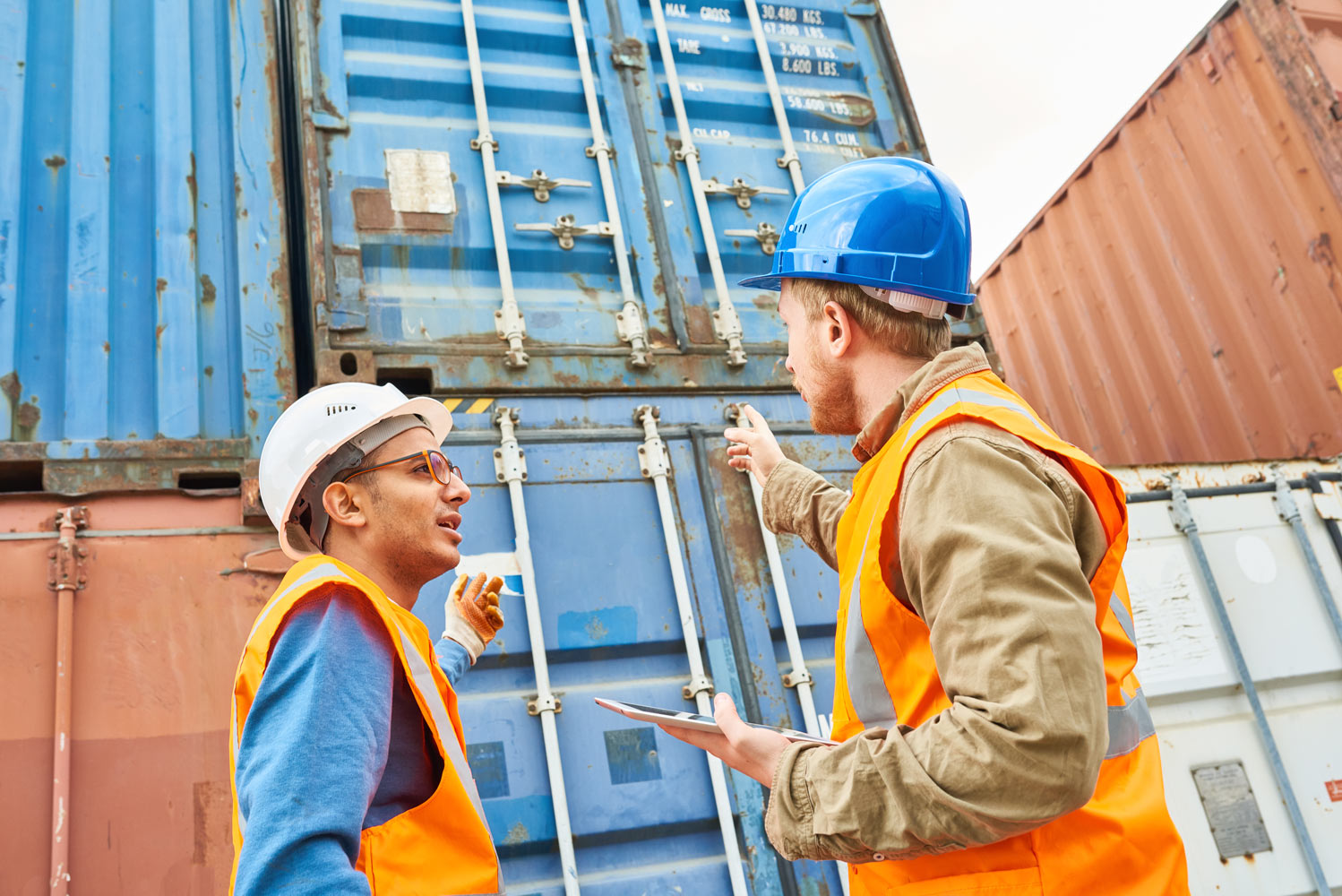 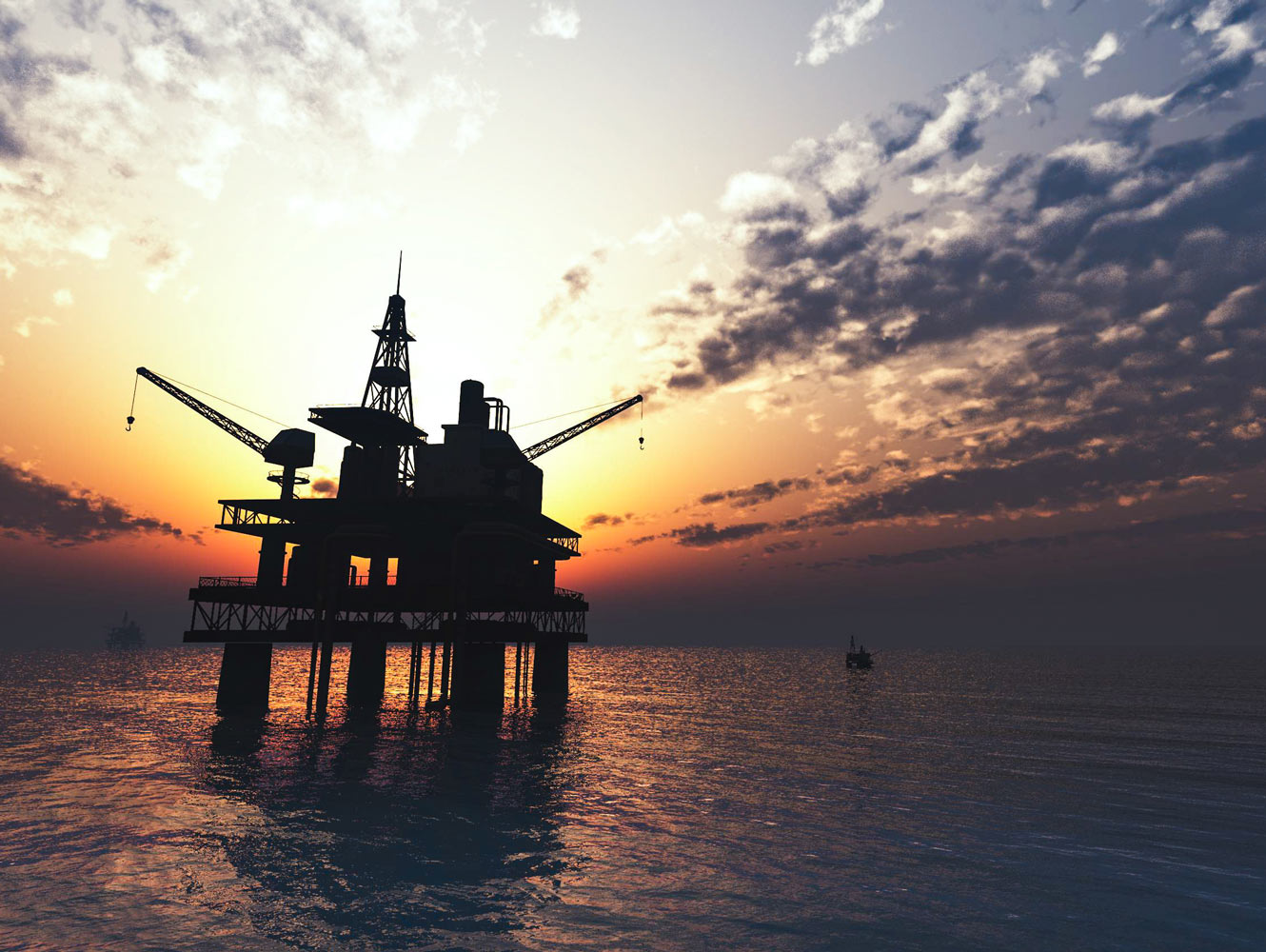 WHO IS PROTECTED BY OCSLA?

WHAT LOUISIANA LOCATIONS DOES OCSLA APPLY TO?

Louisiana locations covered include oil rigs, platforms, floating docks, storage facilities, loading and off-loading systems, natural gas rigs, and other offshore facilities. If you’ve been injured at one of these locations, call Chris for a free consultation to learn more about your rights.

WHAT IS OCSLA? COULD THIS FEDERAL MARTIME LAW ALLOW LOUISIANA LAW TO BE APPLIED TO YOUR CASE?

OCSLA applies federal law to structures and things on the outer continental shelf of the United States. Under this statutory scheme the law of the adjacent state may be adopted as surrogate federal law to the extent that the state law is applicable and not inconsistent with federal law.  OCSLA can also apply the LHWCA to certain injuries sustained by persons working on the outer continental shelf.

OCSLA incorporates state law if a situs test is satisfied. The U.S. Supreme Court applied a three-part test to determine whether to apply state law as surrogate federal law.  The three-part test requires the following: (1) the controversy must arise on a situs covered by OCSLA (i.e. the subsoil seabed, or artificial structures permanently or temporarily attached thereto); (2) federal maritime law must not apply of its own force; and (3) the state law must not be inconsistent with federal law.

To learn more about how your offshore injury qualifies for compensation contact Chris Faucheux for a free case evaluation.

The Death on the High Seas Act is codified in 46 USC Section 30101, et al. This admiralty law allows recovery for damages when the death of an individual is caused by wrongful act, neglect, or default occurring on the high seas beyond 3 nautical miles from the shore of the United States. It allows a civil action in admiralty against the person, company, or vessel responsible for death. The action is the exclusive benefit of the decedent's spouse, parent, child, or dependent relative. If a maritime death occurred within 3 miles of the shore of the United States then other State or Federal law could apply. Chris Faucheux is an experienced maritime lawyer that will help you and your family navigate complex legal issues after a maritime accident. Our office is located on Belle Terre Blvd. in LaPlace but Chris Faucheux represents clients throughout the State of Louisiana. For your free consultation with a compassionate attorney contact the The Law Office of Chris Faucheux.

Don’t just take our word for it. Our results prove that Chris is the man you need on your team. Over and over, Chris has gone to great lengths to ensure his clients are treated fairly and have the resources necessary to recover.

Client injured lower back at work while working on a tug boat. Company disputes client's...

Maritime law is complex. The outcome of your case doesn't have to be. Trust an experienced Louisiana Maritime Lawyer to represent your rights. The Law Office of Chris Faucheux has successfully represented several injured maritime workers in Louisiana and would like to help you get the compensation you are owed. If you’ve sustained a personal injury while working on navigable waters in Louisiana contact Chris Faucheux for your free case evaluation.